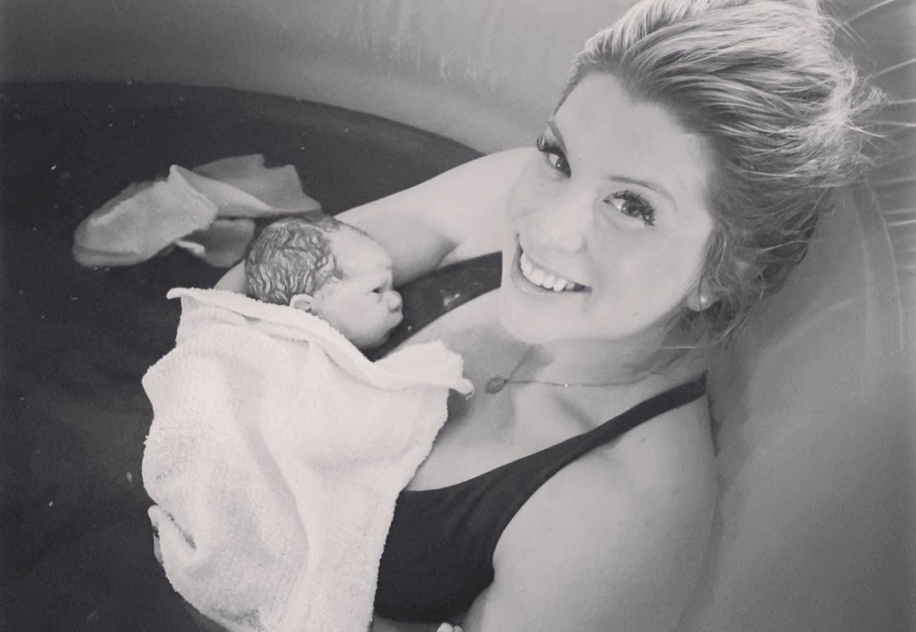 “After losing our sweet baby at 12.5 weeks pregnant last December, I completely surrendered my trust to the Lord. He brought us our sweet rainbow baby girl on Christmas Day a year later! What a powerful and emotional journey it’s been!” – Ainsley Corbin

At exactly 12:00am on December 24th – I was sleeping with my 2yr old daughter when I felt a “pop” and knew my water broke. Contractions began slowly after, and were about 8-12 mins apart and mild.

All day and Christmas Eve, contractions were very irregular and seemed to be slowing and getting milder. I tried not to get too discouraged, but noticed that they seemed to be stronger while I laid down so I tried to rest as much as possible to keep them going. However, by dinner time on Christmas Eve they were almost nonexistent.

Christmas Morning – I called my midwife, feeling defeated and worrying that I wouldn’t be able to have the birth I so desperately wanted and planned for. Her calmness immediately soothed me. I was GBS positive so she did mention doing antibiotics if nothing ramped up. I had already tried all of the walking and Spinning Babies moves during light contractions, but they still seemed to be fizzling out even more. She suggested taking castor oil and said if my contractions hadn’t picked up in 3 to 4 hours, then we could talk about doing a second dose.

10:30am – I finished the castor oil and contractions immediately picked up 20 minutes later. They were definitely stronger and starting to get more consistent. I called my doula to update her  and told her I was going to spend some time with my husband and that she could make her way over in about an hour. I ended up calling her back within 15 minutes because they had picked up so quickly and were very strong.

12:00pm – My doula arrived and helped my husband get things set up. Being on my hands and knees felt best during the strong contractions. I labored like this for about an hour before getting into the pool. I couldn’t seem to get comfortable and the castor oil was still going through my system 😬😩 I kept going to the toilet, but that was the most uncomfortable position for me.

2:00pm – My midwife and her team showed up right as I was heaving vomit on my hands and knees into a paper bag. I knew in my mind this was transition and it was a good thing, but when my midwife checked me, I was only at about 6cm and felt slightly defeated again. I kept thinking that maybe I wasn’t really in transition then and that it was just the castor oil that was making me nauseous.

The midwife suggested I try getting back in the pool and that seemed to help with my positioning. Once through some contractions, I figured out it felt best to hold my butt up off the floor of the pool and brace my legs against the sides. I did this the rest of the labor and immediately started to get grunty.

I was in the pool about an hour when I suddenly had an UNCONTROLLABLE urge to push in the middle of one contraction. I was so caught off guard and physically could not stop. I roared out of nowhere and my body just did it’s own thing. This was the BEST feeling ever! I felt sooooo much relief!

I pushed for a total of 15 minutes and only had a few contractions during that time. Our baby’s head came out and we stayed like that for a while, while my body got ready for one last push. My husband caught her as she came out. She had a nuchal cord, but the assistant calmly unwrapped it and they placed her on my chest. She was so alert!

I remember just crying and saying, “I DID IT!!” I was so floored, and on cloud nine. I kept praying to God the whole labor to give me the strength and to guide my body through it all and He did! What a wonderful experience it was! I never want to birth anywhere else.” 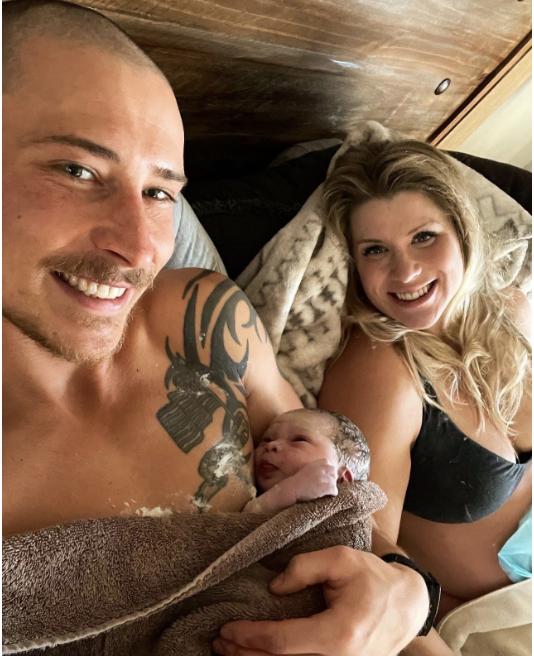 There is something special about the birth of a baby on Christmas Day. To be born on the day we celebrate the birth of the One who promised peace, joy and love. The King of the Universe came to Earth and put on FLESH to live among us.

“The Word became flesh and made His dwelling among us. We have seen His glory, the glory of the one and only Son from the Father, full of grace and truth.” -John 1:14

It’s through Jesus that we can experience transformation, not just in our daily lives but in our birth experiences as well. Ainsley’s story is a perfect example of how God can take something tragic like the loss of a child and turn it around for His glory.

He has the power to heal our brokenness, to give us strength,hope and peace.

May you experience Christ’s healing and redemptive power in your lives!

Learn more about the transformational power of birth in the Pain Free Birth E-Course!

3 Keys to a Pain-Free Birth

Karen gives away her top 3 secrets to a pain free birth, you will not believe it’s free! Come ready to take notes, and don’t forget the tissues. You do not want to miss this! 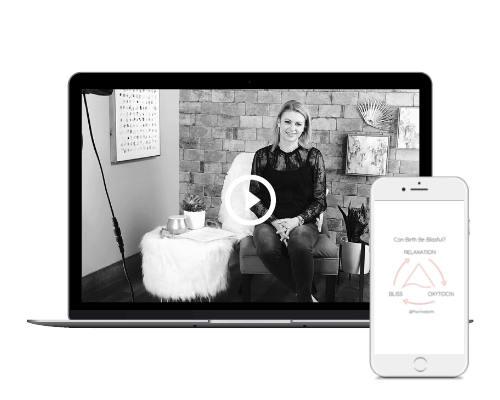